Divided Lives brings together the true life stories of women who woke up one day and were not who they thought they were. The government changed and they suddenly no longer had the right kind of blood, the right name, the right family background, the right physical features to be considered a member of their society or country. These stories are from German women who were children of a Jewish-Christian “mixed marriage” and were subsequently persecuted under the Nuremberg laws. Hitler called them “Mischling(e),” half-breeds. They have often been passed over in studies of the Holocaust perhaps because they are often not considered “real Jews.”

But these women are still struggling with the nightmares of the Third Reich and the Holocaust, the loss of family in concentration camps, and with their own identity, divided between their Jewish and Christian roots. Often their Jewish background was revealed to them only after Hitler’s laws were passed. Crane relays the story of her paternal family’s persecution under Hitler and escape from Nazi Germany, and then presents compelling and sensitively written narratives of eight women who remained in Germany, struggling to reclaim their German heritage and their cultural and religious identity. Crane collected, translated, and interpreted these universal stories of hope and survival that transcend time, and speak to us today.

“…the voices and stories she collects have not been heard in such detail before and are a welcome addition to Holocaust and Jewish studies.” — Publishers Weekly

“Sensitive oral histories of the suffering of Hitler’s tainted Aryans… Gives a voice to the neglected Mischlings (half-breeds) and provides a significant record of both wartime and postwar Germany.” — Kirkus Reviews

“Cynthia Crane’s exploration of Jewish-Christian women resists simple classification. It is at once a personal memoir of a scholar’s intellectual journey, an oral history, and a serious study of German women who had been marginalized both by the Nazis and by previous scholars. She writes of transgressions in the past and in the present as she and the other interview participants grapple with the issues of identity, inclusion, and exclusion. Crane’s straightforward eloquent prose and thought-provoking yet subtle arguments make this book a delight to read.” — Lyra Totten-Naylor, NWSA Journal

“Crane allows the voices of the victims to shape their own history, and therefore offers an important contribution to Holocaust studies.” — Marion Kaplan, Queens College, CUNY

“I believe in personal testimonies as you do – they have no equal in their weight of truth and memory.” — Elie Wiesel, Nobel Peace Prize laureate

“…Crane’s project is a welcome addition to such a timely and sensitive topic…” — Caroline Schaumann, German Studies Review

“Officially labeled ‘mischlings’ or ‘half-breeds’ in Hitler’s Germany, the offspring of Jewish-Christian marriages were not spared persecution under the Nuremberg laws, although they most certainly fared better than children with four Jewish grandparents. Usually reared as Christians, these ‘mixed-race’ children were denied educational opportunities and career advancement, and witnessed the imprisonment or deportation of their parents or grandparents. Author Cynthia Crane was startled to learn from her German grandmother’s unpublished memoirs that her father was himself a ‘mischling.’…. More than 50 years later the author traveled to Germany to gather the oral histories of surviving ‘mischlings,’ who were often hesitant to revisit their painful experiences. The testimonies of these ten elderly women underscore their psychological fragility and the long-term impact of the divided loyalties that ripped their families apart.” — Nancy Breslau Lewis, Moment Magazine, Notable Books 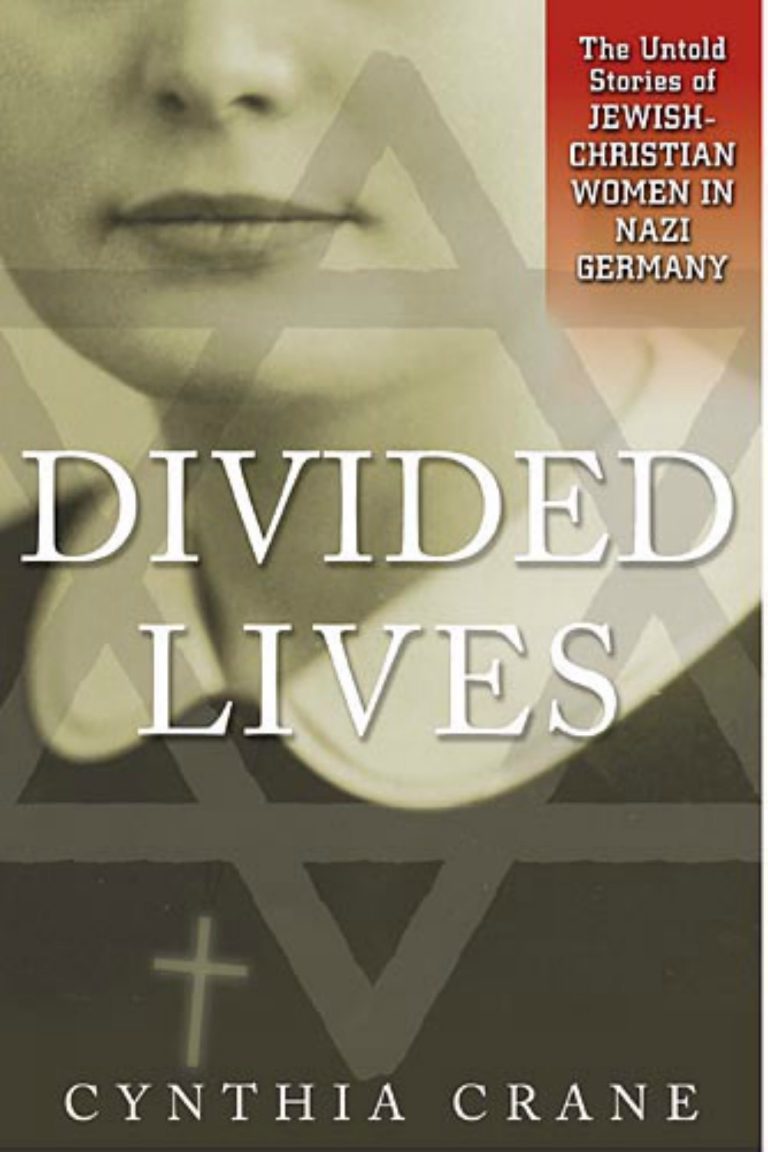